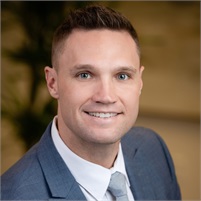 As National Social Security Advisor, David’s knowledge in Social Security makes him a very valuable resource when planning for retirement.  David has developed a love for retirement planning with individuals who are looking to create an income stream from various sources including 401(k)’s.  He is quickly able to identify any planning gaps to secure lifestyle planning after retirement.  With a skill of public speaking, David enjoys running seminars on various topics in retirement planning.  David has adopted the philosophy of the firm as he focuses on creating realistic plans for his clients to help them in their financial goals.  As you will find out when meeting with him, David has a sincere concern for the well-being of his clients.  As a fiduciary he will be sure that he puts his clients' interests first. 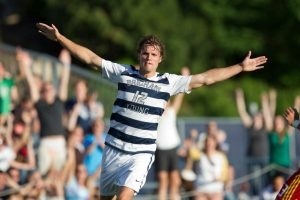 David was raised in Bountiful, UT. with his three younger siblings.   David loved to play soccer growing up and excelled into his 20’s.   Playing for a local club team, Inter FC, the team went on to win 5 state cup championships. David was selected from the western 13 states to represent the western region national team playing forward. David loved to score goals to advance his team to the next stages of any tournament/game.  He briefly had the opportunity to train with Real Salt Lake’s first team before heading off to play for the D1 PAC 10 (at the time) Oregon State University team on scholarship. The decision to leave during his sophomore year to serve a full time L.D.S. mission in Chicago, IL would prove to be one of his greatest experiences in life. Once he returned home he joined Brigham Young University and continued his education in business. He was also asked to “…play with
the school’s P.D.L.(Premier Development League) team. 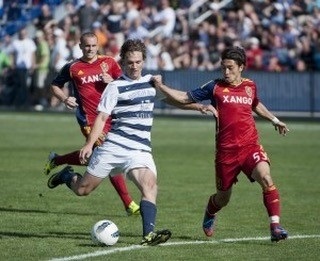 He played very well his last season as he was the school's leading goal scorer.   With an opportunity for B.Y.U. to play Real Salt Lake in David’s final season, he was fortunate enough to score a last minute goal to tie the game with the then #1 M.L.S. (Major League Soccer) team in the U.S.

David is married to the beautiful, Justine Gates.  They currently have a German Short-hair Pointer.  They love to go on various adventures together.  These include camping, boating, hiking, traveling, hunting and much more. Justine never hunted before she met David.  But with the close of his soccer career, David has turned his focus to hunting. Probably one of his biggest driving forces, David spends as much time as he can in the great outdoors. He’s been fortunate enough to have Justine entertain the idea of joining him on some of his hunts. 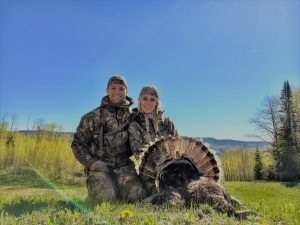 David is also an active volunteer in the Boy Scouts of America.  He currently works with the cub scouts to help boys earn their Bear merit badge.  As an Eagle Scout, David recognizes the value the scouting organization can bring to young men and enjoys giving back.